Spoofing Firefox 53 (and newer versions) on Windows 2000 and XP 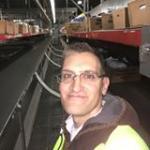