[Info] How to find code for Windows 2000 Native API Functions 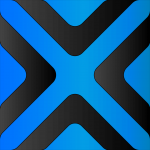