Windows 10 Will Support Facial, Fingerprint And Iris Recognition For Log-In 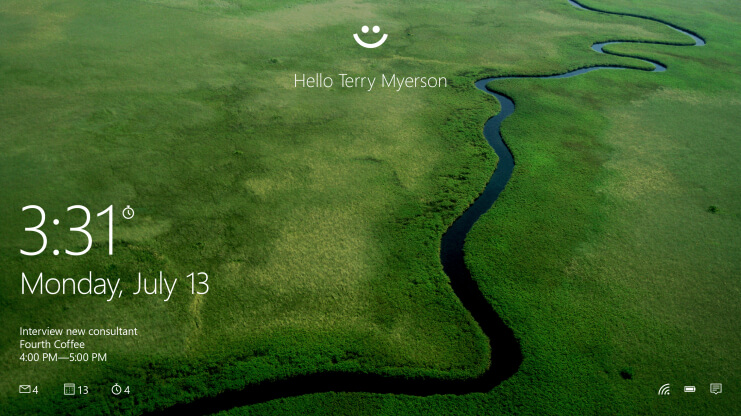 Microsoft wants you to know that passwords are not the only way you can log-in on a PC that’s running Windows 10. The company confirmed today that alternative log-in options supported by its new software include facial, fingerprint and iris recognition. This new biometric authentication system is called Windows Hello. It can be used to authenticate applications, enterprise content as well as some online experiences without having to enter any passwords.

Since support for these alternative log-in options will be built right into Windows 10 itself it wouldn’t matter what OEM made your device. As long as it has the required hardware for facial, fingerprint or iris recognition, Windows Hello will work perfectly fine.

Microsoft also confirmed that compatible computers that already have a fingerprint reader will support the Windows Hello feature once Windows 10 is released later this year.

On safety and security the company says Windows Hello uses “a combination of special hardware and software” to be sure that it has accurately verified the user.

This will help prevent fake log-in attempts by someone impersonating the user or holding up their picture. According to Microsoft Windows Hello will offer enterprise grade security.

Users will have to opt-in to use the Windows Hello feature. Microsoft hasn’t said when the feature will go live for Windows 10 preview users. The company hopes to launch Windows 10 for consumers by late 2015.