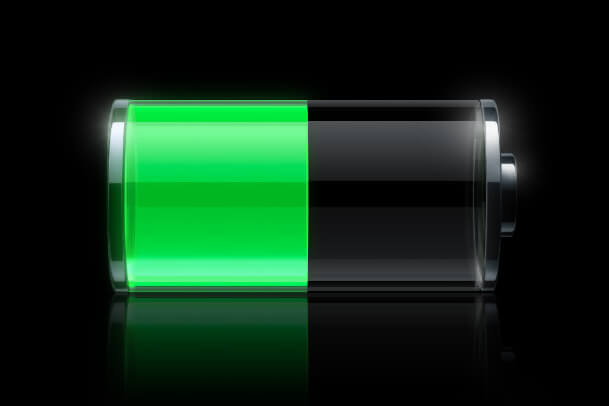 StoreDot, the nanotech startup behind the charger, has a new prototype that is smaller and doesn’t add bulk to the actual smartphone. During Mashable’s demo, the Galaxy S5 battery went from almost empty to 100% in less than two minutes.

It almost sounds too good to be true but StoreDot CEO Doron Myersdorf says it’s because the company took a completely different approach when creating its battery. Rather than trying to improve the capacity of the battery itself, the company redesigned the internal structure of the battery so it can charge rapidly. The tradeoff for this speed is the overall battery life is shorter— the battery I saw will last about five hours.

But by cutting charging time down to a minute or two— Mysersdorf says the final product will have a recharge time of well under two minutes— recharging once or twice a day is a nonissue.

There are some caveats. The battery is more expensive than typical batteries and Myersdorf anticipates the battery will add about $50 to the total cost of a phone. And though StoreDot has made prototypes that work with handsets currently on the market, smartphone manufacturers will have to make “some modifications” to their devices in order to accommodate the battery. This means it will be up to individual companies to take advantage of the technology.