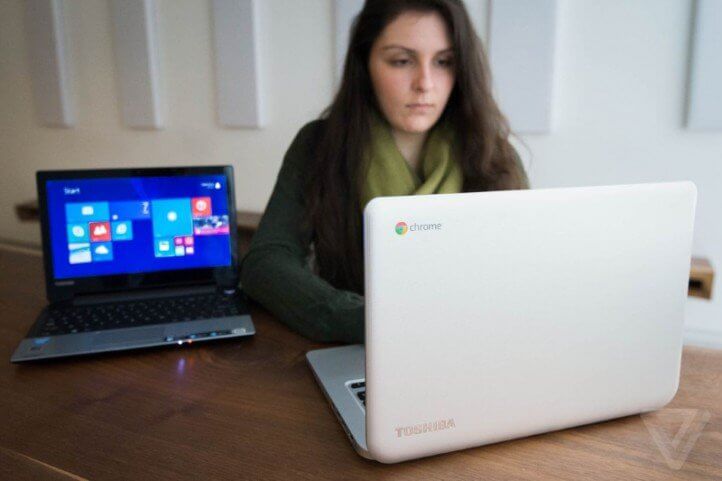 Although the launches of inexpensive Chromebooks using Rockchip’s solutions were postponed recently, Google is not giving up plans to release such products in 2015, forcing Microsoft, which has been closely monitoring Chromebook development, to release two new inexpensive projects targeting the education and consumer markets. The projects are 11.6-inch clamshell-type notebooks priced at US$149-179 and set for release in mid-2015, at the earliest.

Both notebooks adopt Intel’s Bay Trail-T CR (BTCR) processors, while the one for educational purposes will be manufactured with Elitegroup Computer Systems’ (ECS) help and will be sold mainly through the education channel that Intel and ECS built for their Classmate PC products. The end price for the product is estimated to be US$179.

Meanwhile, the one for the consumer market will be developed and manufactured by China-based 3 Nod and sold via brand vendors. The end price for the model will start from US$149.

Digitimes Research believes Google is looking to adopt Rockchip’s solutions in its Chromebooks to further reduce hardware costs in order to expand its presence in emerging markets that are more price-oriented. The Chromebooks are expected to be priced starting US$179.

In addition to the education market, Digitimes Research believes the Chromebooks are partly designed to be promoted to the consumer sector of emerging markets since Google has planned three different sizes, 11.6-, 13.3- and 15.6-inch, which is an unusual design for an education product, and Google’s online education solutions for non-US markets have not yet reached a level similar to the one for the US market.

Although Chromebooks only have limited presence in non-US markets, Microsoft, is treating Chromebooks as a major threat, and is taking aggressive action to suppress the devices’ growth to prevent Chromebooks from penetrating into emerging markets like they did in the US.

In addition to the activation of the two inexpensive 11.6-inch notebook projects, Microsoft may expand the project to cover models with larger sizes as Google’s cheap Chromebook lineup covers sizes as large as 15.6-inch.