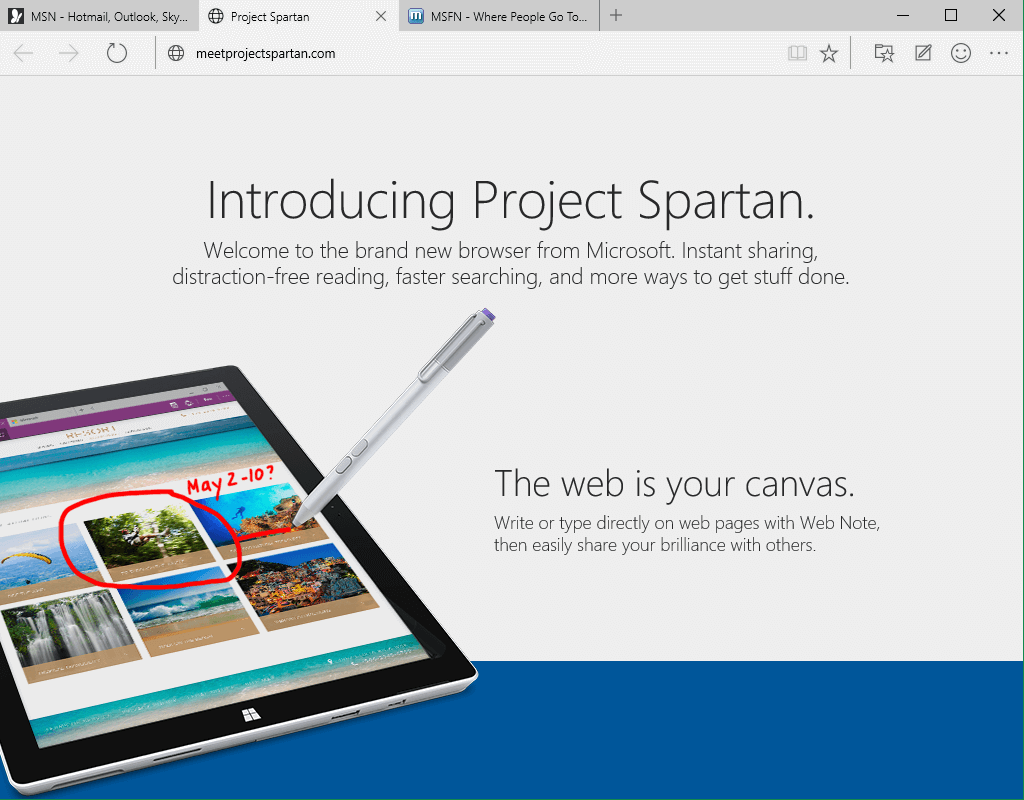 The Spartan army was the centrepiece of an ancient Greek city-state that grew into a powerful military land-power in roughly 650 BC. Today, Microsoft is putting Spartan, its new browser, at the center of Windows 10 to slay off the old, weak, and beleaguered Internet Explorer.

Microsoft might not be fully killing off Internet Explorer the app, but a new brand name will herald a new era for the company’s browser prospects and a signal to web developers that Internet Explorer will soon be part of ancient history.

Project Spartan is just a codename for now, but I’ve had a chance to experience Microsoft’s new browser in Windows 10, the successor to Internet Explorer.

Perhaps the biggest change to Spartan that you won’t really notice is a new rendering engine. Microsoft is moving away from the complexity and legacy of Internet Explorer, and it’s starting fresh with Project Spartan. The new Edge rendering engine is designed to be modern, so there’s no support for ActiveX controls and rendered pages should be a lot more compatible thanks to more standards compliancy. I’ve found that some pages don’t render well at the moment, and it has a few quirks here and there, but it’s preview so these kinks will likely be ironed out by the time Spartan ships in the summer.

One impressive thing I’ve noticed is the small amount of RAM usage for tabs. It’s usually less than the same site in Internet Explorer, so once the performance issues are fixed this could be a very fast and bloat-free browser.