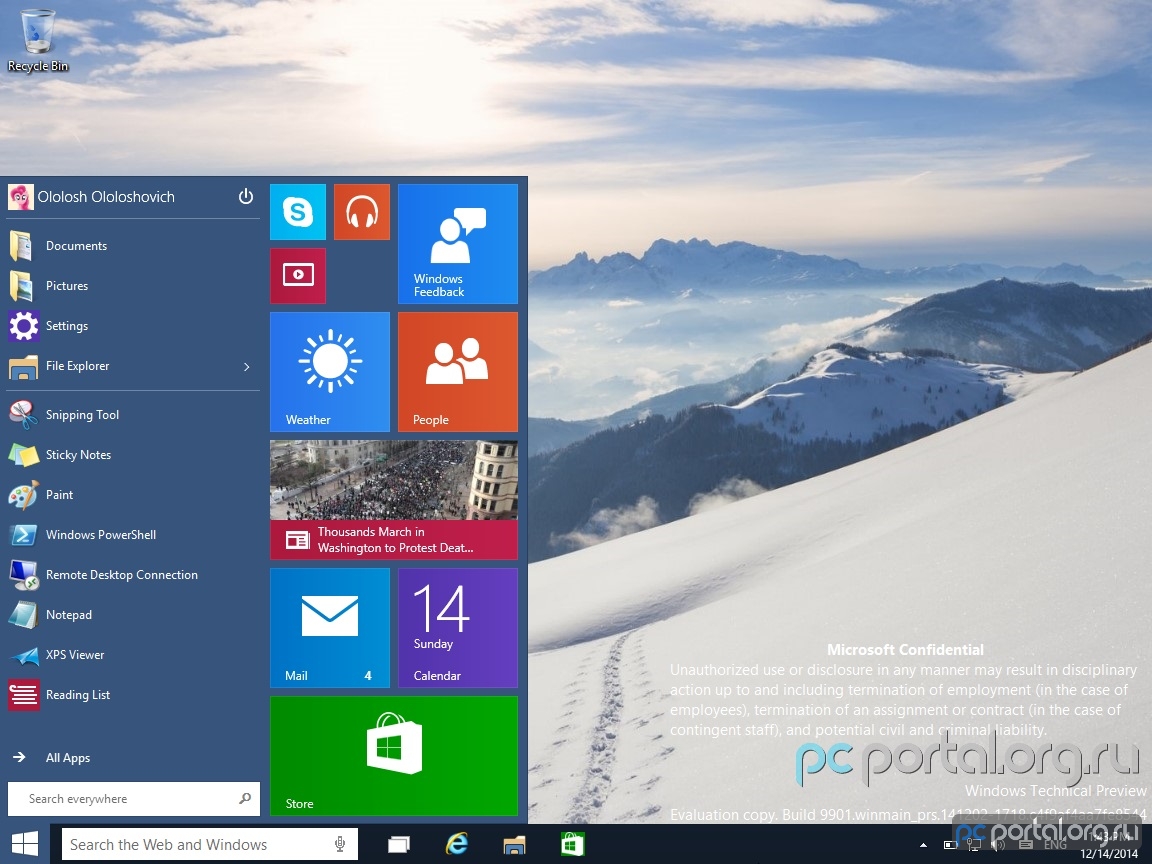 With Build 9901, you can finally try out Cortana on your Windows PC. The personal assistant isn’t pretty on the build yet, however. Fortunately, most of the features on Cortana seems to work with the build. Microsoft has also included hot-word detection for Cortana on Windows 10 — meaning that you can open Cortana just by saying “Hey Cortana”.

Build 9901 also comes with a re-designed Store app. The store app has been updated with a brand-new design which looks much cleaner and beautiful. There is also a redesigned Calculator app on Build 9901. That’s not all – there is a new Welcome screen as well as some new wallpapers.