MotionPixels Codec and MovieCD format on Pre-Reset and Post-Reset beta builds of Windows Vista, has anyone ever tried this? 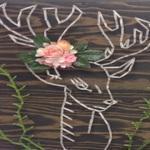